I hadn’t caught my horse Hitch since I had put down my little mustang Joey a few months ago, mid summer.

It is funny what death does to a person, the expectation or the familiar thoughts and actions go awry in hidden patterns of subconscious motion and emotion.

Thinking I had everything in control only realizing several months later I was spiraling , I dont want to say out of control, but definitely out of subconscious control.

Here I am getting ready to step in a new year, my mind full of accomplishments and trials I have faced, yet my horse stands out there alone…Christmas came and went, I wanted for nothing I asked for nothing, I was kind of hollow i guess, no other way to describe it. Then today, i walk out and Hitchie comes trotting up to me.  Not the confident ambitious guy he usually had been. Timid, reserved, shy… I feed and water him and touch his nose but I did not realize I had become as distant as he was. A flinch, a flicker, a sidestep of awkwardness. Who was this woman catching this strange horse? This horse I had for the last six years. 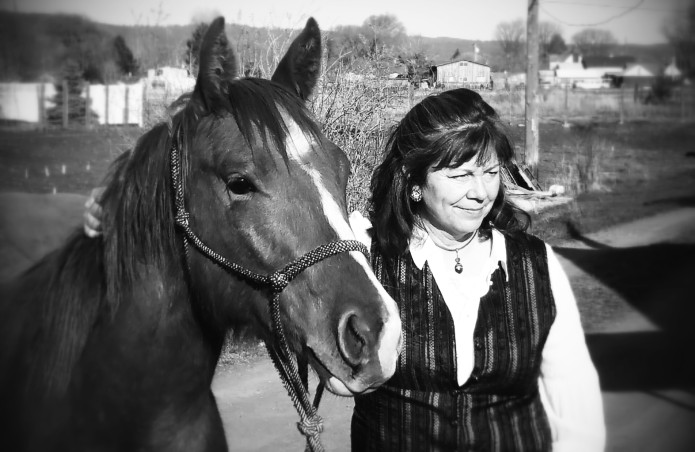 The last time he had a halter on was the day Joey  died.  And for the first few moments of haltering we now were two lonely strangers just wanting a little company. I hadn’t realized how much I felt I had let him down.

Once halter was on and gate open my long time friend had a lot to express an it was not positive. Flipping his head, jittering around me and almost pushing me…I usually would of corrected that behavior swiftly and assuredly but instead I walked on with no emotion or frustration for his actions. I lead him out the gate, he squealed and jumped around in a babble of emotion. This was not my horse at all, but I felt no fear or need to “set him straight on who is boss.” He jogged around me a couple of times, i asked him to continue his jog, then extended it to a lope. He kicked up his heels made a couple of bucking squalls ragging his head from side to side. I reversed his lunging motion to the opposite direction and he responded with slight hand and motion. He never hit the end of the 18 foot lead, never pulled on me.

I felt a tear run down my cheek. At that time I felt like I understood. He had questions and concerns that were unanswered, and I left him high and dry to figure it out on his own . While i did my own soul searching in the loss of three horses in a year and a half. Anger, frustration,  resentment?… maybe… confusion, uncertainty,  and loss? I am leaning toward that more as I watched him circle around me… in another moment he stopped abruptly and faced me off. I guided him again to change direction with a lift of hand. He walked off with the suggestion.

I felt like he had no idea where he fit with me anymore. I offered him to stop, he dropped his head, stood took a deep sigh and as if a light switched on, we were almost back like before. I leaned on his withers for a moment and just stood with him.  Yes change had happened, death is permanent and we were with kid, Deacon and Joey when they died and nothing was going to be the same after them. But we were here now and we had each other and that was all we needed for today. We walked off and headed down 12th street as if old times. Sometimes we just have to believe, knowing there is no stopping, old age, cancer or severe colic and no promises for tomorrow. It all gives reason to believe in today. 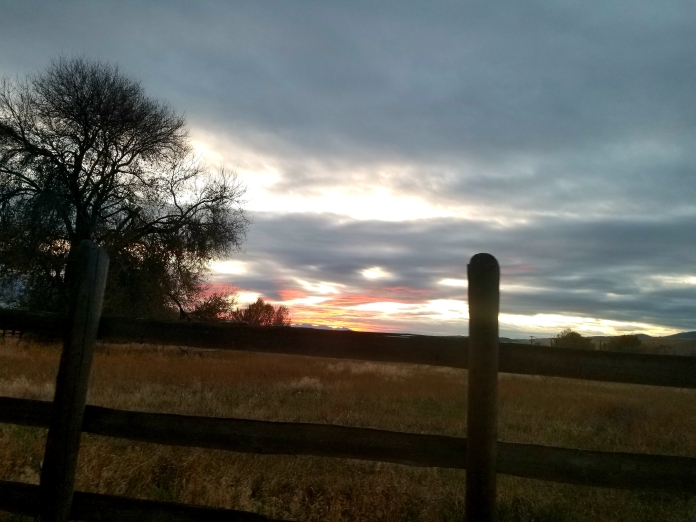